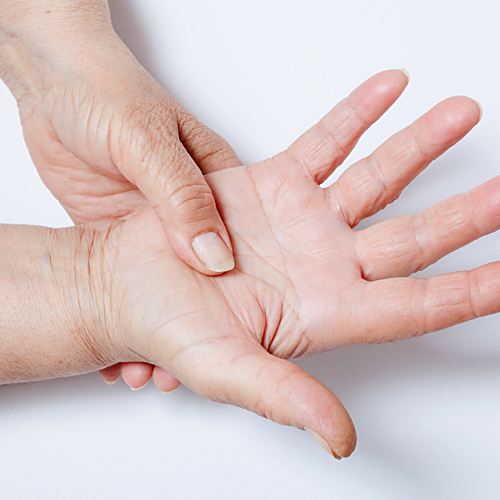 Raynaud’s syndrome (Raynaud’s phenomenon, RP), first described in the 19th century by a French physician, Maurice Raynauda, is characterised by paroxysmal, temporary discolouration (turning pale) and then bruising and redness of hands or feet, usually as a result of low temperatures or stress. Sometimes, the symptoms can affect other parts of the body, such as the tip of the nose, ear lobes, chin, forehead and nipples. Clinical symptoms are a sign of hypoxia caused by vascular spasms and impaired blood flow as a result of dysfunctions or compromised structure of blood vessels. However, the causes and mechanisms of this phenomenon are not fully known and can vary. It is believed that the symptoms are mainly caused by a hypersensitivity reaction to physical factors (cold, vibration) or emotional factors. Quite often it is difficult to establish the exact cause which triggers an attack.
Raynaud’s syndrome attack has three consecutive stages: the skin turns pale with a drop in temperature, and even disturbed sensation, followed by bruising with accompanying pain and numbness, and finally redness – a sign of active hyperaemia with a hot, burning sensation, and even slight swelling.
Raynaud’s syndrome affects about 3-5% of the population and is four times more common in women (usually aged between 15 and 45), as well as in colder climate.

As Raynaud’s syndrome may accompany and even precede some diseases many years in advance, such as systemic connective tissue diseases, it may be classed as either primary (idiopathic) (without other underlying diseases) or secondary Raynaud’s phenomenon, which occurs in the course of another illness. 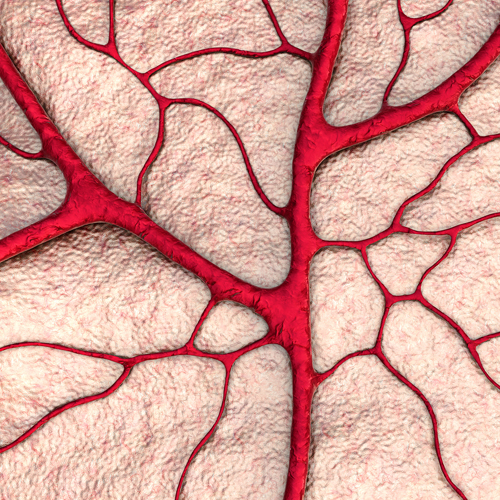 Primary Raynaud’s, also known as Raynaud’s disease, is usually mild without complications, as finger ulcerations are rare and there are no necrotising lesions.

From a clinical perspective, it is extremely important to differentiate between primary and secondary Raynaud’s to facilitate early diagnosis of microcirculation disorders, which can cause various pathological conditions and require specialist diagnostic methods and treatment.